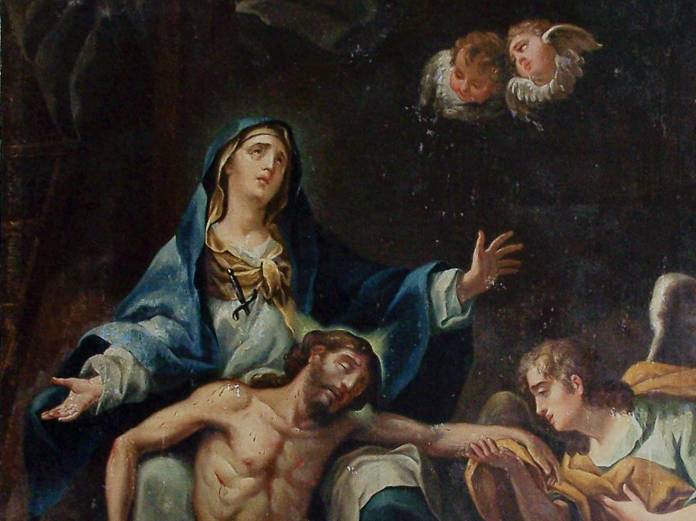 Now that a week has almost gone by, minds are clearer and reason is prevailing over resentment, time is ripe for the our organisation to put forward its thorough disappointment through this statement.

This is representative not only of the band club members and their respective families, but also of all the genuine residents of Kirkop, who place the locality’s interests above any parochial factional discourse. This frustration is also representative of the various professionals in the local artistic, cultural and art historic spheres who are still in disbelief at the state of affairs.

Last Sunday Kirkop’s parish priest, Fr Martin Cardona announced that the Archbishop’s Curia has approved a plea put forward by the Confraternity of St Joseph for the commissioning of a new altar painting to replace an 18th century depiction by the acclaimed Francesco Zahra which as a consequence will be removed from its original context and placed in a separate filial church. 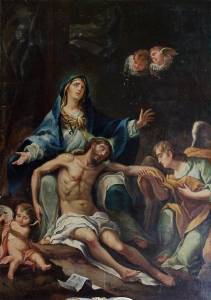 At this stage many would think that this is all about the usual parochial ‘extremist’ factions. But this is far from it. We are pleased to hear that Kirkop entities commit themselves to safeguard and consolidate the Parish’s socio-cultural and religious heritage, yet the approved project is everything but this.

We have nothing against the commissioned artist Manuel Farrugia, who we consider as a superb talent and technically accomplished, but the new altarpiece representing the Death of St Joseph is not only doing away with the original theme and dedication of the altar celebrating the cult of Our Lady of Sorrows, but it is being proposed at the expense of the Pieta’ depiction by Francesco Zahra, stylistically datable to the years between 1740 and 1750, which after all these years will be finding its way outside church doors almost to total oblivion.

All this is enjoying the blessing of the various Church commissions who should
be there to safeguard the artistic heritage in our churches. At least it is hoped that these have been properly briefed and well consulted.

Most of the Maltese rural parishes, like Kirkop, did not enjoy the wealthy patronage of members of the Order of St John, or lucrative trading families. Thus when entering such churches one cannot expect to come across high and sophisticated artistic watermarks. The studied altarpieces at Kirkop betray the hand of Gio Nicola Buhagiar, Rocco Buhagiar and Francesco Zahra.

This replacement will deprive this church from its most acclaimed artist – Francesco Zahra who Professor Keith Sciberras, Head of the Art and Art History Department describes (in his book about the artist) as “Malta’s most important native painter of the mid-eighteenth century [whose] style wonderfully captured the spirit of the Late Baroque.”

Living a reality where we luckily celebrate restoration of our cultural heritage on a weekly basis, the Archbishop’s Curia has approved the eradication of this painting as it will be finding itself away from its original purpose, context and historic devotional ties. On 21 November 1721, through a contract before notary Marc Antonio Brincat, Marozza Ellul established a foundation for the celebration of the festivity of Our Virgin of Sorrows at Kirkop. Consequently the Pious Legacies at the parish archives also point towards an increasingly popular cult commemorated with remarkable sermons. 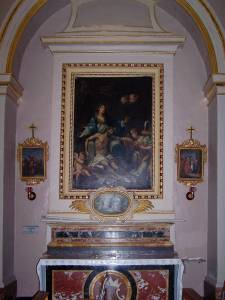 This devotion finds its epitome in the mid-18th century when parishioners commissioned this altarpiece by Francesco Zahra, probably going through great efforts to collect the necessary funds. All of this will be lost the day the painting will leave the parish church. It is completely unethical to remove a painting and deprive it of its original context with a light heart as if we are changing curtains which have run out of fashion.

Not even Rev. Giuseppe Barbara, parish priest and founder of the Confraternity of St Joseph succumbed to the pressures of his time to replace this painting with a depiction of the Flight into Egypt, it was absolutely not an option.

It is disrespectful of all cultural heritage conventions to transfer a painting from an
appreciably good environment to lesser environs, in a underutilised filial church, with practically no empty walls where it can hang. Consequently this painting will either be stored away in oblivion, or else it will hang instead of another painting which will have to be sidelined – a problem to which the current parish priest has no answer as yet.

Such a decision will undoubtedly have its repercussions on the delicate parochial balance of Kirkop’s community. This is something worth considering, for Kirkop has in the past two decades made great strides forward to leave behind parochial antagonism and increasingly push forward dialogue and good will, this thanks to a greater involvement of youths at the helm of the two band clubs, a fresh mentality pioneered by this organisation, that has truly generated a cultural change.

Such a decision will just complicate matters for everyone. And what are we getting from all this? The cult of St Joseph is already represented in a sottoquadro in the same altar where the Zahra painting hangs. It would have been a more sensible decision to opt for a full conservation treatment of the Zahra painting (which needs attention), and consider the replacement of the sottoquadro, which is an artistically mediocre work by an unknown
foreign artist.

It is in this light that we regretfully think that this was a fast decision, or perhaps an
uniformed one. In fact, we would like to draw your attention to the following questions:

Our sources clearly point towards a negative answer of all the three questions. Apparently all this did not matter to whoever decided.

Our stand is clear: We are not objecting the introduction of a new painting representing St Joseph, yet this cannot happen at the expense of any of the historic altarpieces because these are an intrinsic part of Kirkop’s heritage. They are the parishes humble treasures and betray the important historical devotions which have shaped up Kirkop’s religious identity. These painting can only be fully understood if they retain their original context.