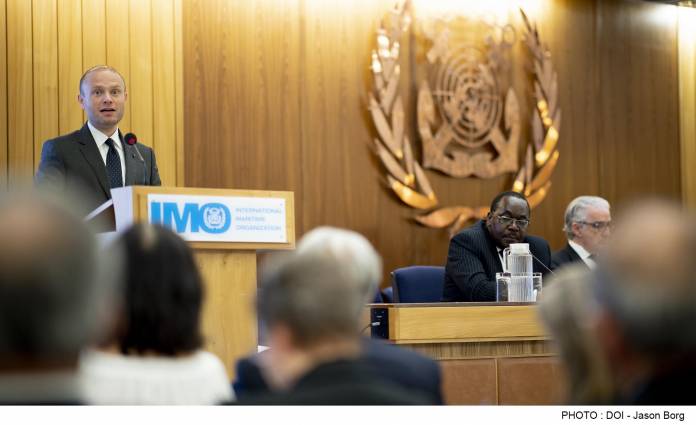 Prime Minister Joseph Muscat stated that despite the 1982 Constitution of the Oceans dictates that problems of ocean space have to be considered as a whole, there are no effective provisions in the Convention to ensure that this is undertaken. Therefore, a holistic approach to ocean governance needs to be adopted.

The 1982 Constitution, he stated, came into effect thanks to Malta. This is because in 1967, on the instructions of the Malta Government, the Permanent Representative to the United Nations Arvid Pardo proposed a revision of the international law of the sea to the United Nations General Assembly.

This revision proposed that firstly, the problem of ocean spaces is  to be dealt with on a holistic basis, and secondly, declared the seabed and its resources to be common heritage of humankind.

However, despite these declarations, according to the PM, the problems of ocean space are not being considered as a whole. He stated that a holistic approach to ocean governance needs to be adopted, and that this strategy could be developed by the United Nations in conjunction with its specialised agencies.

Ultimately, PM Muscat stated that Malta strongly supports and contributes to the work of the Organization, and that he is proud that Malta has been elected to serve in the IMO Council for a number of years.